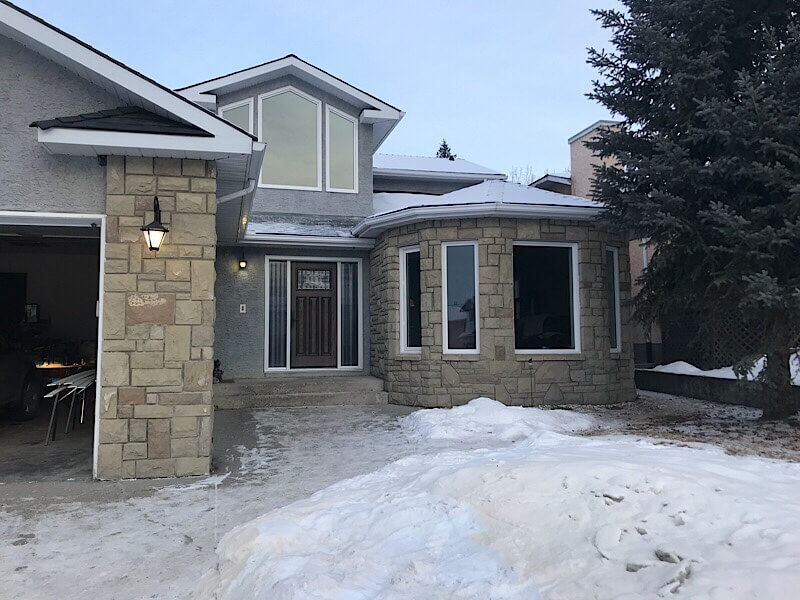 Our home was built in the 90’s. The house had become drafty and expensive to heat. The seal on most of the windows had failed and became iced up every winter. The home was custom built but we are not the first owners.

Of course, the melting ice had caused some black mould in the sills. It seemed no matter how much we melted and mopped up, we couldn’t keep the mould out.

Over the years a vendor called in for advice recommended holes be drilled in the inner window to allow condensation to escape. Of course, this completely eliminated the usefulness of the window.

So, we set about finding a vendor to replace 24 windows and doors.

Of course, we used the Internet to search for vendors to supply quotes. We also asked friends if they were happy with the windows in their recently constructed home.

We did not try any apps to suggest any vendors. No good reason why, it just didn’t occur to us at the time.

We settled on 3 vendors that we asked to provide quotes.

We learned from all 3 vendors that our windows had been recalled shortly after original installation. Apparently, sunlight broke down the components.

Quotes #1 and #2 were hard to decide upon. Both offered us good advice about which products and how they would handle the stone and bay windows. It came down to that our friends had used #2 and were satisfied with their work.

So we settled on a vendor and scheduled the repairs. Their estimate was 5 days installation starting in early January. We had concerns about January but the forecast looked good, for January.  We elected to stay in the house during repairs.

Each day the project manager, outlined his plan for the day and removed those windows. So we were exposed to the cold for several hours while windows removed and replaced. Thankfully, the P.M decided to replace windows as quickly as possible and worry about trim later in the week when the forecast was for dipping temperatures. That upset every room in the house but still made the most sense.

We got some small electrical heaters and used the fireplace in the family room. It’s and interior room so no windows needed replacement. This is where we hung out most days.

They said it would take 5 days and it did. The contractor, Cossins Windows of Calgary did everything they said they would on time at a reasonable cost. We highly recommend their service.