Of course, were long out of summer now but it’s taken me a while to get back to writing.
It was a wild, wild summer of weather. We drove out to BC through snow storms, rain storms, floods and rock slides. On the drive out we barely missed both rock slides and separate floods by a matter of hours.


When we crossed the Rogers Pass, we were out of the snow but not the rock slides or floods. The following images don’t show the carnage, just how beautiful B.C. is in the spring. And then we arrived at the Williams Lake Stampede Campground for our yearly visit.

I’ve told this story in another blog but here is the short version. Shortly after we arrived at the Campground we were offered the job of Hosts. We snapped up the opportunity. We wanted something to do while we were in Williams Lake visiting relatives. Working at the campground got us outside in the sun, allowed us to meet people from all over the World, improved our health by building an “exercise” program and improved our minds by forcing us to get involved in new activities and thinking through problems.

I reviewed the Campground in a previous post.
I have to say operating the equipment at the Campground was a challenge at first. It’s been while since I had that kind of job; almost 40 years since I worked in a Provincial Park. I made a couple of embarrassing mistakes like installing a mower blade upside down which caused the mower to shake horribly and bending a blade on the Toro that really made the main lawn look odd. Thankfully, easily fixed and grass grows. Oh yeah, and the timer on the irrigation system took some book studying. I now have the confidence that I can work with my hands.
We had a very successful Health Education Presentation by Michelle Ball at the Signal Point Casino. Also Drew Pasay conducted some very valuable training sessions for Distributors in Williams Lake. We organized and advertised the events. It’s difficult to take on new skills but very rewarding when the results improve so many people’s lives.

The big event of the summer was the Williams Lake Stampede which filled the main campground and overflow for nearly a week. We even made tent sites for tourists that discovered the Rodeo while passing through. It’s an event worth seeing and we had extremely few issues with the large crowd.
The Stampede is run by volunteers. Their dedication really made an impact on me. I plan on following up on this in another blog.
The Fire. Williams Lake was evacuated while we were out of Town at a wedding. Glad we missed the evacuation of 11,000 City residents and nearly as many from the immediate area. Were told the lights went on for miles. Amazingly, no injuries.
The City was evacuated except for emergency response personnel and a few hundred residents to keep essential services running. That went on for 3 weeks before we could return.
Over 1.25 million hectares of BC burned. There were hundreds of fires including the 5 that threatened Williams Lake. Homes, businesses and landmarks were destroyed.
It was my second life lesson of the summer to see the determination and kindness displayed during this time. 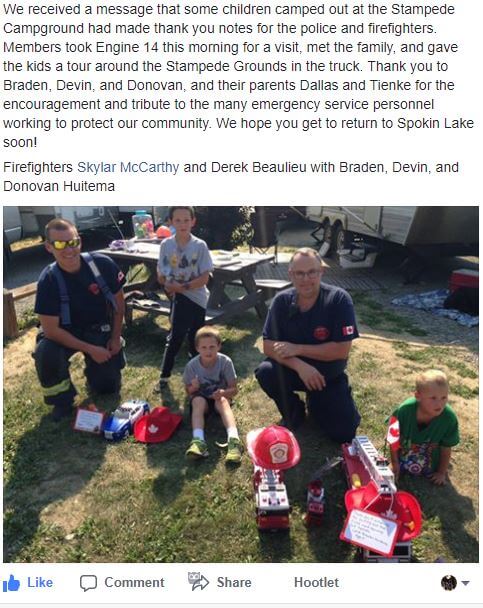 Much of BC continued to be smoky long after the evacuation was lifted.  We were not considered to be essential personnel so we could not return. The Stampede Grounds was used as a temporary relocation area for livestock and people from the immediate area. Lorraine Smith and her volunteers kept the main functions of the Campground running.
When we returned to our RV we were so thankful that it was safe. We should not have worried because Fire Departments from around BC were being housed at the Stampede Grounds but never having been through something like this we expected the worst. We had experienced a much smaller fire in Saskatchewan summer of 2016 that resulted in black rain and very thick smudge on the RV. Nothing like this in summer 2017.
All our family and friends were successfully evacuated to Prince
George or south to the Kamloops area. Thankfully, everyone remained safe. The wait to return home was hard on everyone.
The campground did take some work to restore. The grass had all turned brown and the buildings needed some looking after. Tourists modified their routes to avoid the smoke and the remaining fires which meant traffic was pretty light for a few weeks. But everything came back and looked beautiful by mid-August.
We’re so grateful that we had chance to meet so many new friends, visit with old friends including those at Della’s school reunion, spend the summer with family, work on our Juice Plus business, recover some long lost skills and continue to improve our health. 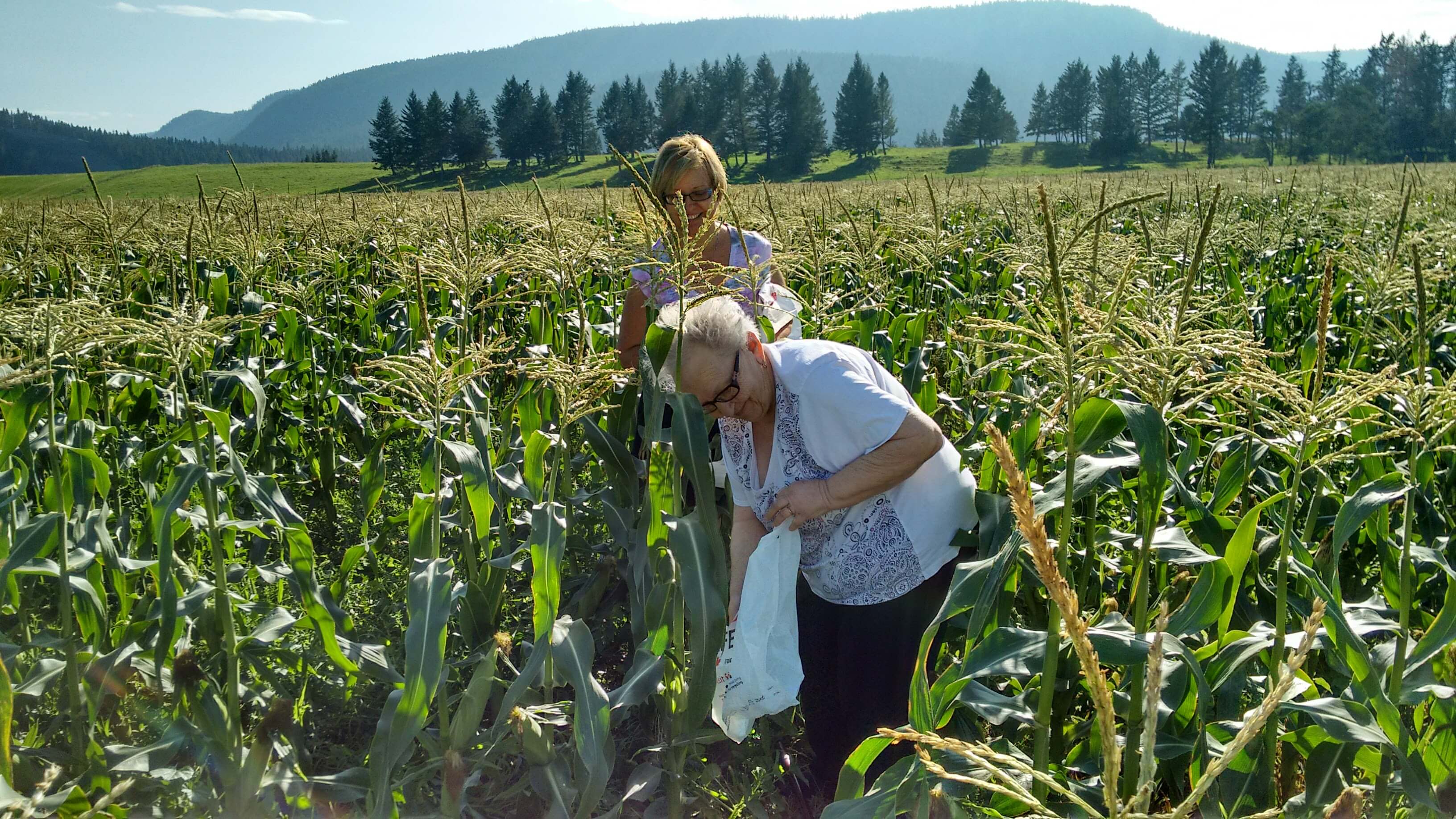